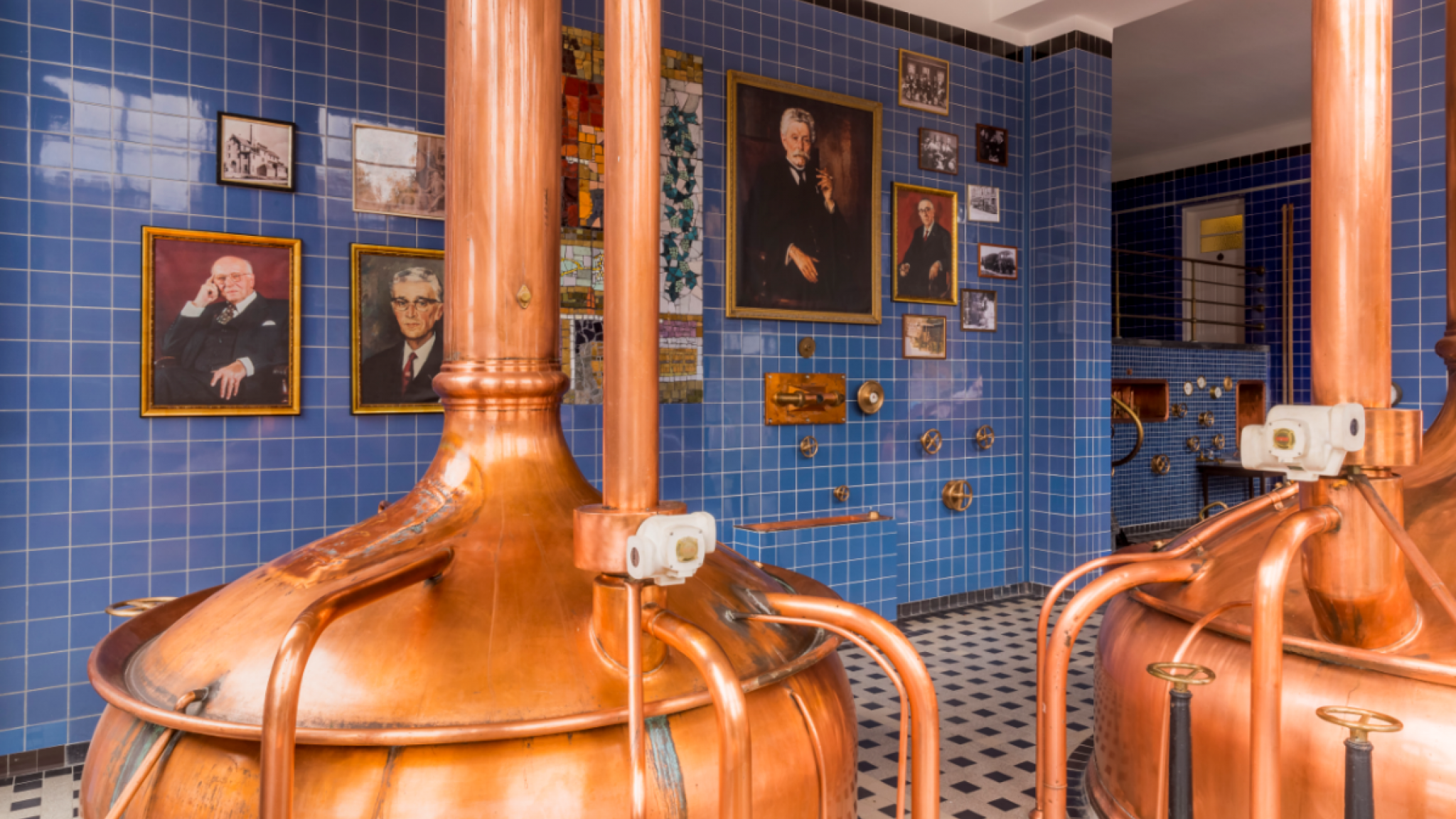 A nice glass of beer

A whole world is hidden behind a nice glass of beer. From vast grain fields to extracting pure natural mineral water. From secret brewing processes to the 'finishing touch' in the bottling plant.

At a brewery location of Royal Swinkels Family Brewers, the Bavaria brewery in Lieshout guarantees the excellent and constant quality of the beers by maintaining the entire brewing process in-house. That is unique and we are proud of that!' That's how the brewing family describes it.

Ralph Carpay and his team are responsible for maintenance, overhauls and modifications of the brewery. “Actually, I am the team leader of the club of specialists who take care of the technical matters, in the mechanical, electrical, control and automation field, from the acceptance of the malt to the clear beer at the bottling line.”

Barley, malt, water and hops are cooked through pipes, or actually brewed in large tanks. This creates wort, which contains a lot of sugars. This is then converted into alcohol and CO2 by fermentation. This is followed by process steps such as lagering and filtering, resulting in clear beer that can be bottled.

All lines eventually come together at a filling line. It is striking that about 70 percent is filled in cans. “That means carrying fewer crates.” There is also cellar beer, which goes to tanks at cafés, and external beer for private label.

For more than three hundred years, little or nothing has changed in the essence of the brewing process. Carpay: “Of course we will adapt if there are legal regulations and we will continue to innovate technically and technologically to stay ahead of the competition”.

Where the oldest brewhouse, Brouwhuis 1, houses copper boilers, everything is now made of stainless steel. Incidentally, Brouwhuis 1 has mainly served as a reception area for visitors and as a showroom for seventeen years. Brewhouses 2 and 3 run 24/7 and are fully automated under the supervision of a central control room. The extensive site has been built fuller and fuller over the years, which can be seen from the roof and experienced on the floor through the kilometre-long walkway from headquarters to operations. 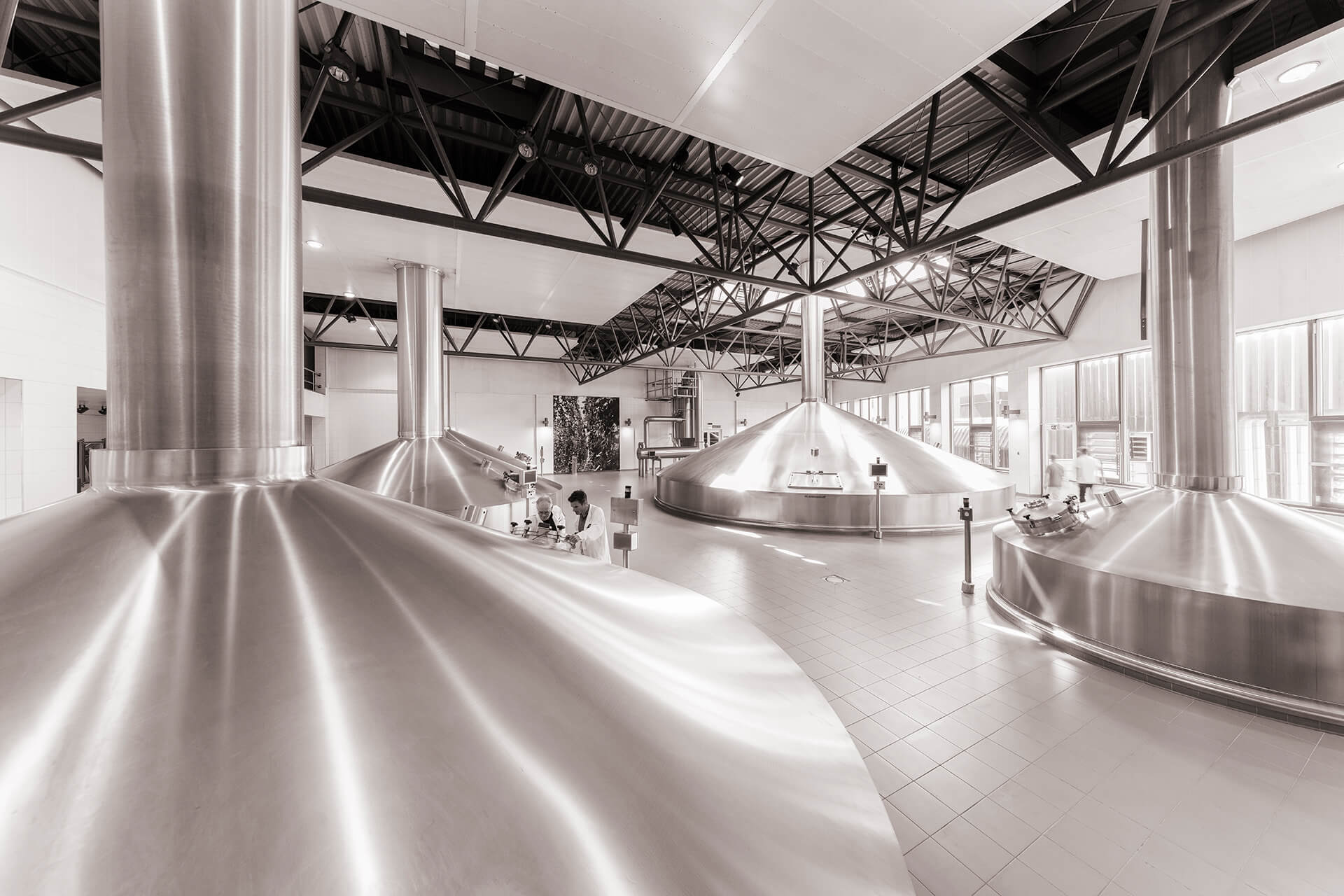 Richard Holsink of Inventflow has been coming here for over 25 years, also from previous employers. “Bavaria looks for solutions and adheres to the principle of 'doing what you promise'. It appeals to me. Moreover, when purchasing, they also look very closely at sustainability and life cycle costs.

Much attention is paid to the service life of seals and pumps, but also to possible energy savings. One of the objectives of Swinkels Family Brewers is circular brewing for 50% in 2020. Inventflow is in line with this with various initiatives such as energy checks and extended service life of pumps and mechanical seals.

Ralph Carpay adds: “As a maintenance team, we work very closely with production. One of the objectives is to save energy.” Swinkels Family Brewers considers Corporate Social Responsibility of paramount importance. That means an eye for the long term, in which investments do not have to pay for themselves immediately.

Ralph Carpay: “Ten years ago we decided not to do business with all (hundreds of) suppliers. That turns out to be quite an efficiency gain. By choosing a number of 'court suppliers', we can jointly achieve quality improvements in all respects and for the long term.

I can describe the collaboration between Inventflow and Royal Swinkels Family Brewers as unique. “Inventflow suits us because the company has an accessible approach, does not have a rigid organization, listens and thinks along, operates more or less independently, takes responsibility and together we are therefore working on improving.”

We can say anything to each other, we want to be pointed out to each other's shortcomings just in order to improve. Ultimately, this way of working together only makes both parties stronger and we can achieve cost reductions.”

After all assets at the brewery had been mapped out, it was the bottling plant's turn. Carpay: “Of course we had something on paper, but we thought we had two hundred pumps at the brewery, for example, and after an inventory by Inventflow it turned out that there were 550.

We operate all year round with a peak from week 15. In the period from October to the beginning of March we have more room for major maintenance. We work with preventive and predictive maintenance, whereby we now have a good overview of the process, and can see exactly where we can expect problems and have to solve them.” Holsink adds: “It is very important to respond strategically to the condition of mechanical seals and decide in advance whether or not to replace them. If you count how many wearable parts this brewery consumes, that is relatively low. 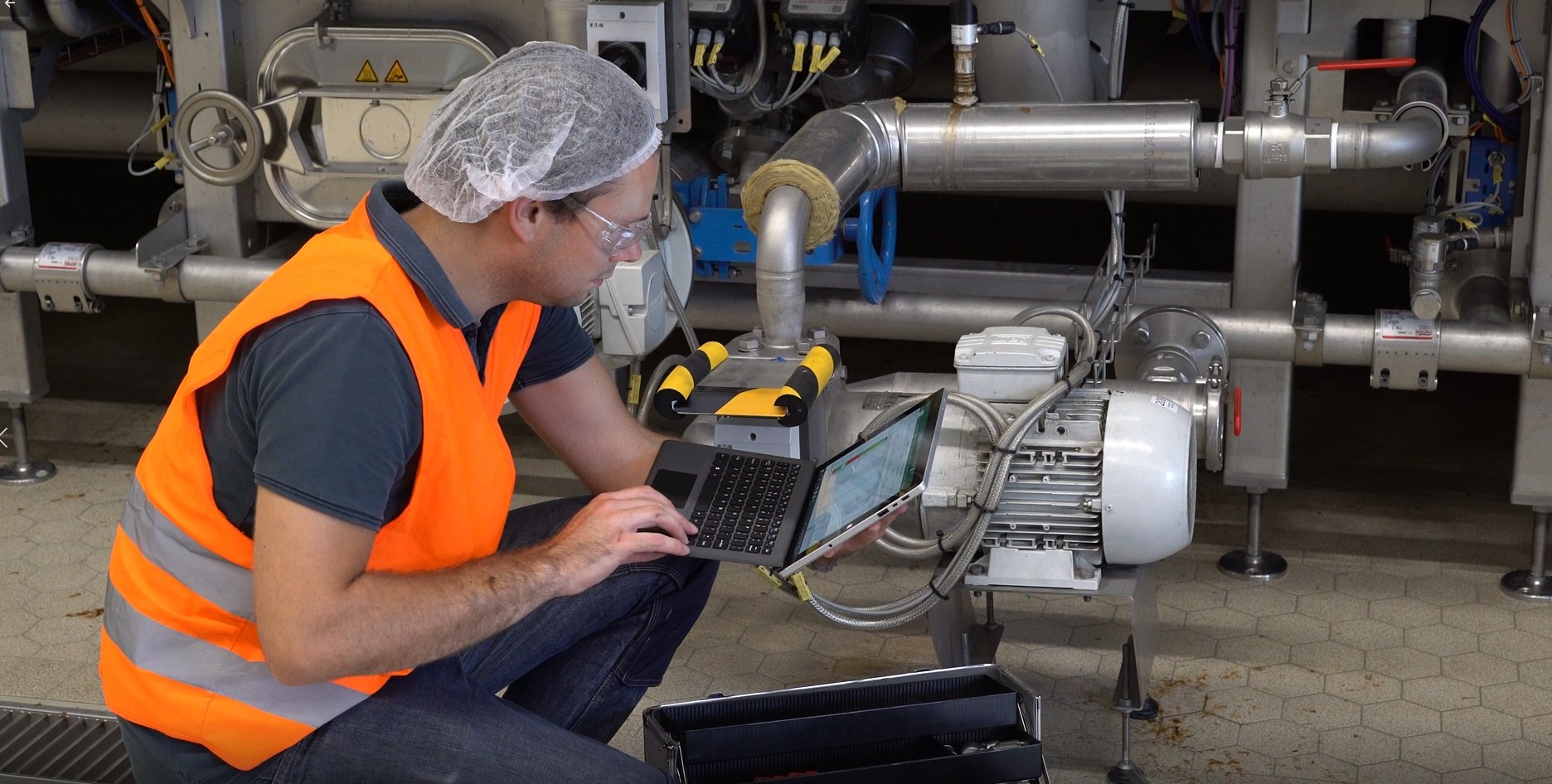 The technical brewery team consists of a large number of dedicated specialists. Electrical technicians, mechanical specialists, a team leader, a project leader and specialists for industrial automation. Carpay continues: ”It makes a difference that we can always shut down sub-processes. This is faster and we can schedule work orders ourselves. Of course we consult with production and it must be possible to postpone a day stop in case of peak demand. We are flexible and consult a lot and know well where our bypasses are located”.

Holsink also remembers that downtime used to occur six times a year, and they were sometimes called in panic for parts. “That actually never happens anymore. After our inventory, all pumps have a number. The Bavaria brewery has its own emergency stock and we act as a back-up. We also invest a lot in knowledge. Such as a pump course, which we will organize again at home on January 24.

profit to be made

According to both parties, the intensive collaboration between Royal Swinkels Family Brewers and Inventflow has already resulted in a substantial improvement in yield. Holsink: ”They can now achieve the same thing with much less energy. We always keep a close eye on the pumps and assess whether a new pump is required or whether a frequency converter is sufficient.”

The Bavaria brewery is growing every year, the beer volume is increasing time and again. For the technical installations this means more intensive use of the process and cleaning. It is important to maximize the service life of the mechanical seals and bearings so that production can continue to run undisturbed for a long period of time. This can be done by closely following the processes and looking critically at the material choices and bearing types. In addition, frequent checks on the operating points, vibration measurements and alignment of the pumps are of great importance. 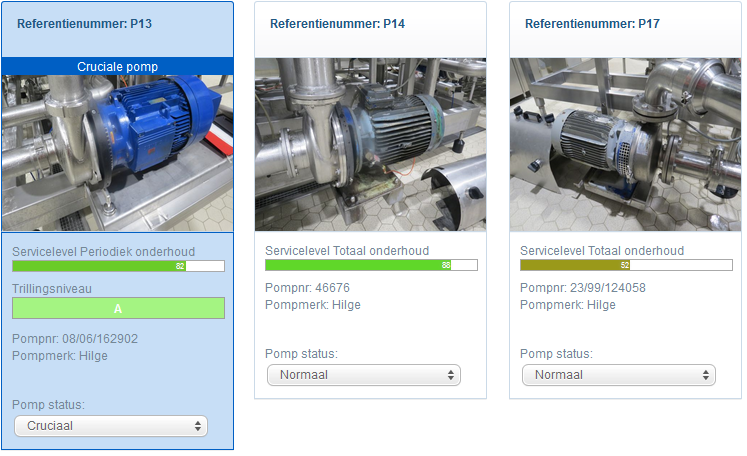 Holsink: “The Bavaria brewery's schedule of requirements indicates when a certain pump needs to be overhauled. The revision is realized by a number of indicators. These are determined on the basis of a visual inspection (seal leakage and bearing noise generate corrective maintenance), after vibration measurements and exceeding the service life (so-called preventive maintenance) whether the pump has completed its life cycle or substantial savings can be achieved when replacing the pump (both belonging to predictive maintenance).

Grundfos is the main part for us, after all we are their A partner, but the application determines the final choice. We guarantee our customers 'one-stop-shopping'. The program of requirements also naturally contains values such as pressure, flow, type of cleaning agent and prices of parts.”

Carpay is quick to say that they have learned the latter from the past. “There was a pump that had been damaged and had significant damage to the impeller and pump housing. At the original supplier it turned out to be cheaper to buy a completely new pump. That doesn't happen to us anymore.”

Holsink adds: ”We don't want to sell an installed base and then supply expensive parts. I think the new trend is also cost+. We have had interesting experiences at a multinational that kept asking us 'Do we have to benchmark every time?' No, we say. You will receive our purchase price and we will add a fixed percentage to this as standard, which implies a fully transparent relationship with our customers. We can purchase internationally and thus trade transparently.”

A course of action that, in view of the relationship, Royal Swinkels Family Brewers also clearly appreciates.